Way of the Samurai 4 Review

Way of the Samurai 4, Acquire's open-ended Japanese swordfighting game, takes a somewhat goofy turn with this fourth installation. This game is available in download format on the PS3 online network.

"Way of the Samurai 4" continues the general traditions of its predecessors. In it, you take the role of a Japanese swordsman (or woman) making their way through a dangerous world, with many possible options to take and factions to ally with or turn against. It is an "open world" game with multiple paths or endings, designed to be played repeatedly in many different ways. The previous three games all took place in different time periods from the 1500s to the 1800s; WOTS4 takes place during the arrival of European trade ships to Japan. The main factions are the government-loyal magistrates, the anti-foreigner Prajna, the British trade group, and various civilian groups. By doing missions and making friends, the player can change the actions and events of the story to an ending they desire - though death will mean starting over from the beginning of the story.

WOTS4 differs from previous games largely in terms of its attitude. While the previous games had some silly elements, they maintained a generally serious tone. WOTS4 is over-the-top in many ways, from its romance minigames (ask a girl out, then sneak past her family members in the night to carry her off to the inn) to its sidequests (beat people on the street up, then make them join your dojo) to its characters (ostentatious Brits with names like "Jet Jenkins" and "Melinda Megamelons"). While these features might be a bit divisive for fans of the series, it's at least arguable that the previous games covered the serious elements enough that the fourth game straying into goofy territory is forgivable. In general there's more of a focus on giving the player ways to goof off and have fun, not just do missions.

The game's combat is similar to that of previous games, and those who have played earlier games will be familiar with this game's combat. Certain minor things have been changed, such as the way life and sword strength work, but the general swordplay is relatively easy to pick up and use. While the starting sword is deceptively slow and hard to use, better ones are obtainable fairly quickly and they make the game easier to play. A lot of the game's features are somewhat difficult to learn, though - it's possible to use the flat of your blade to knock enemies down instead of killing them, for example, but it doesn't seem to work on some bosses. The vitality system is also fairly unintuitive - the purple bar represents your vitality, and the lower it is, the longer it takes you to recover your life (a green bar). While the basic controls are easy enough, things like this are a bit harder to learn.

The game's graphics aren't great, but they're not really terrible either. They're not distractingly bad, which is important - they're good enough to keep you in the story. The soundtrack is pretty impressive, although not always fitting for a given situation. The main reasons to buy this game would be the story choice options and the combat, both of which are well executed. If the goofy aspects sound like a turn-off, consider picking up Way of the Samurai 3. If you're okay with a bit of humor and like the sound of all the other elements, WOTS4 is definitely worth picking up. 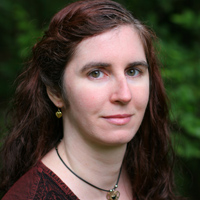